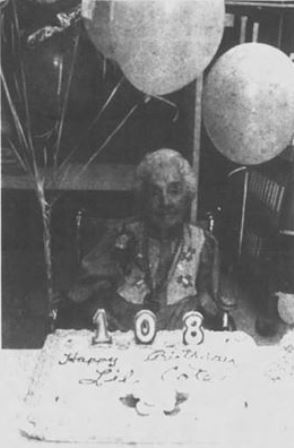 Photo courtesy of The Post-Star newspaper. 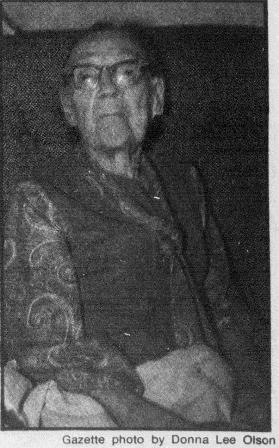 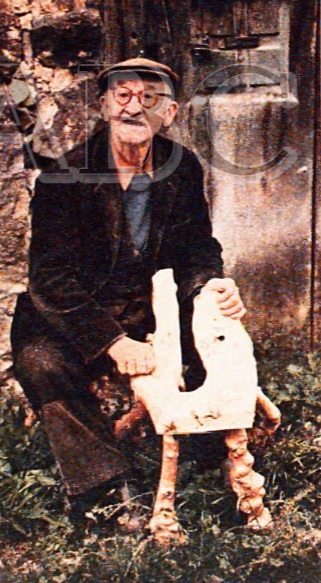 This photo was sourced from ABC Hemeroteca.

Aurelio Diaz-Campillo was born in Tielve, Asturias, Spain on October 16, 1878 and died in the same place on June 13, 1989 at the age of 110 years, 240 days. On October 16, 1988 he became the first Spanish male supercentenarian. At the time of his death, Diaz-Campillo was the oldest living person in Spain. His Spanish male longevity record was broken by Galo Leoz-Ortin in 1989.

As a young boy in the 1880s, Diaz-Campillo worked with livestock on the family farm. At the age of 10, he moved to Seville, where he worked at a charcuterie. He enlisted to fight in the Spanish-American War and was sent to Cuba in January 1898 for active duty. After the war, he returned to Spain where he married and had 12 children. In the final years of his life, Diaz-Campillo was completely deaf and had limited movement ability. He was the last surviving veteran of the Spanish-American War. 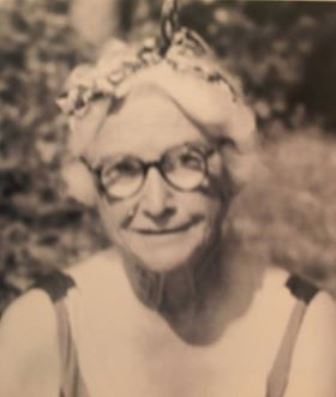 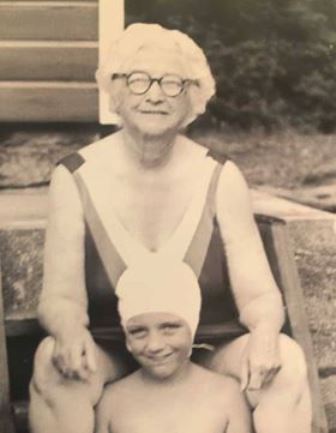 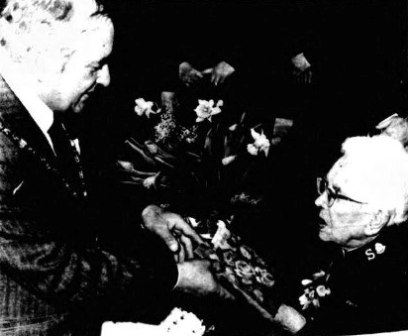 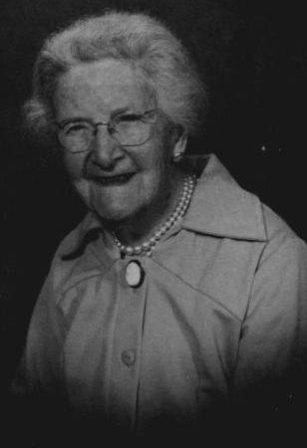 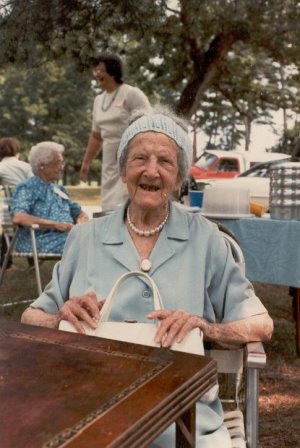 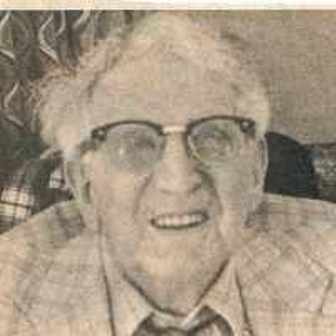 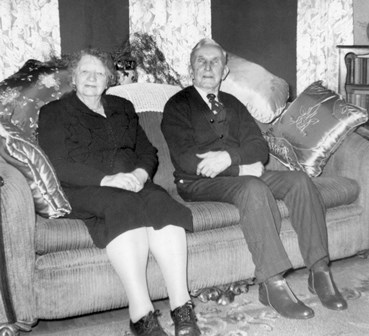 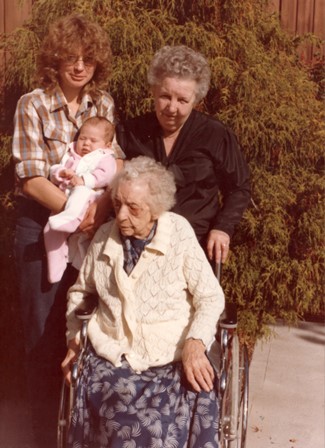 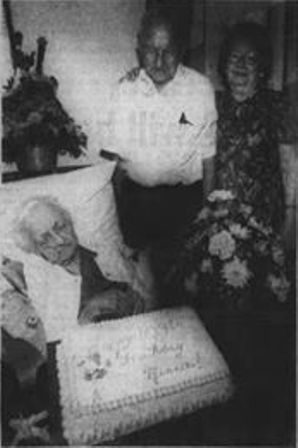 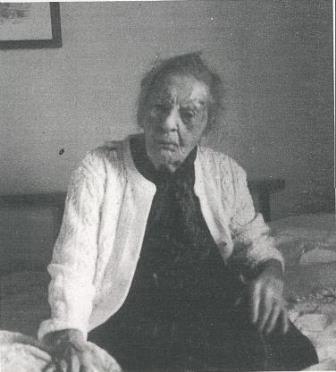 Girl standing in between the two boys: 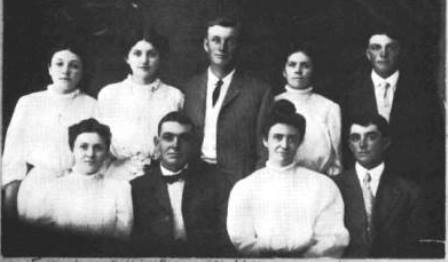 Woman standing in the back, third from right with the striped blouse: 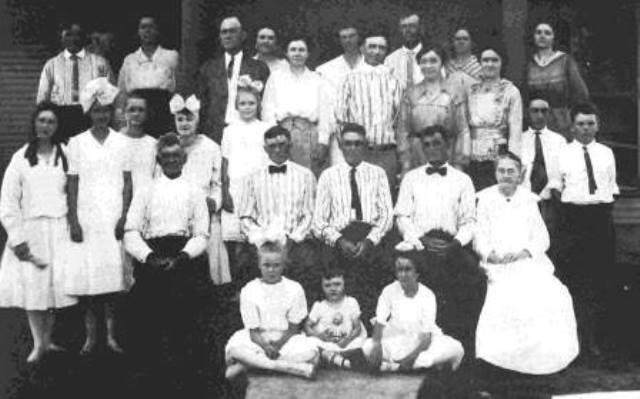 Both photos sourced from A History of the Sears Family

August 2, 2017; Odie Matthews was born in Whitewright, Texas, United States on December 28, 1878 and died in Phoenix, Arizona, United States on April 14, 1993 at the age of 114 years, 107 days. At the time of her death, she was the second oldest person in the United States and the third oldest in the world.

Born as Oda Deringer Sears, she married Daniel Matthews in Talor, Texas and had two children. The family moved to Arizona in the 1920s and her husband died in 1933. 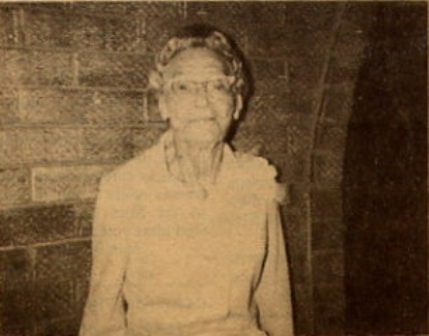 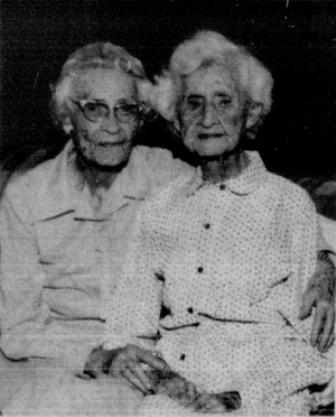 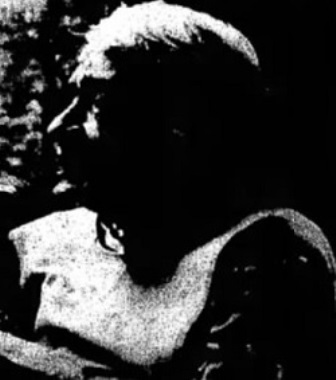 The first photo was sourced from Rebekah Lodge Book Clippings. The second photo was came from an article in The Paris News. 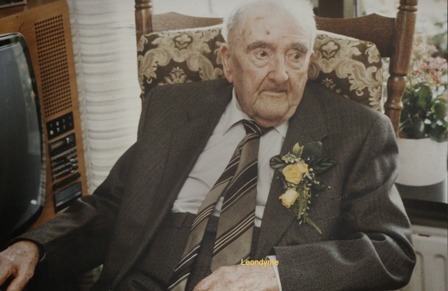 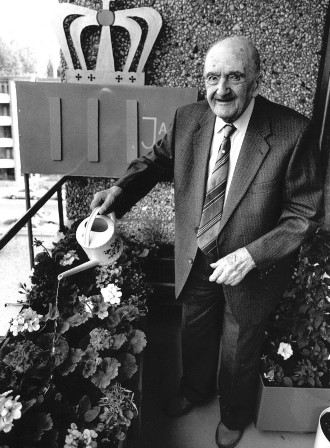 After both of Reyskens parents died when he was just a child, he went to live with a stepfather for the remaining years of his childhood. In 1897, Reyskens did military service. Soon afterwards, he left Genk and travelled gradually through Belgium, living briefly in Bilzen, Herstal, Charleroi and Brussels. Reyskens went on foot to the Netherlands, and settled in Eindhoven, where he married and had two children. In 1917, he settled his family in Dordrecht, where he was to live for the rest of his life. Reyskens worked in the local plastics factory until 1947, when he retired at the age of 69. By this time, both his children had emigrated to Australia and his wife died in 1964. Reyskens continued to live alone until 1977, when a heart attack forced him to move into Huize Avondzon, a retirement home of the Salvation Army. Reyskens remained mentally alert and in fairly good physical shape until a week before his death over 12 years later, moving freely with the use of a cane. 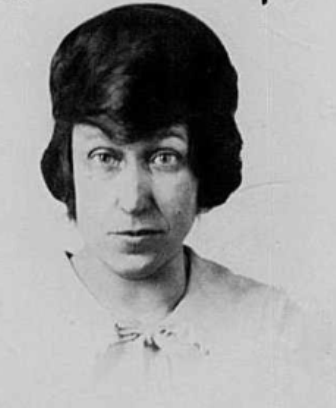 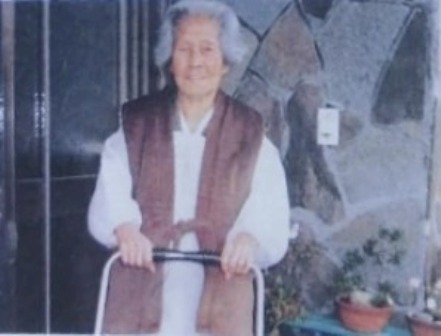 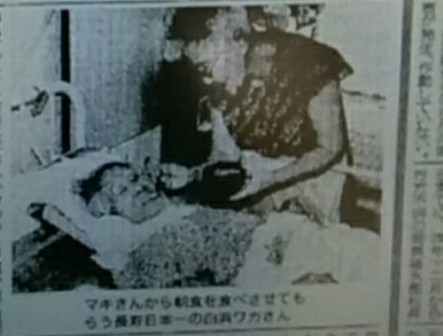 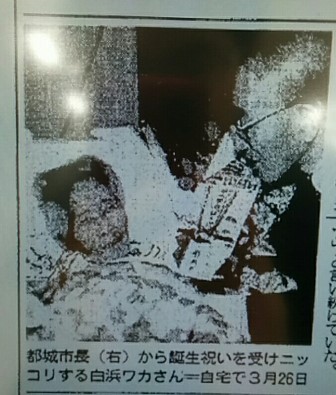 Waka Shirahama was born in Kagoshima, Japan on March 23, 1878 and died in Miyazaki, Japan on June 16, 1992 at the age of 114 years, 85 days. Shirahama was the oldest living person in Japan for around 5 years. On July 5, 1991, she passed the final age of Niwa Kawamoto and became the oldest verified Japanese person ever. Her Japanese longevity record was broken by Tane Ikai in 1993. She remains the oldest person ever from Miyazaki. 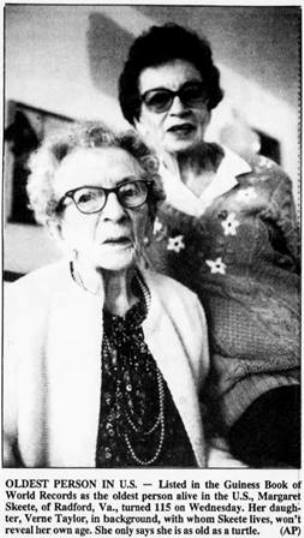 Born as Margaret Seward, she married Renn Skeete in 1907, with whom she went on to have three children. After her husband died in 1953, she moved from Texas to Virginia to live with her eldest daughter. Skeete was unimpressed by her longevity. When television cameras visited her home to commemorate her 114th birthday, she was nonplussed. "Old folks are not very interesting", she said. At her 115th birthday party, when asked about her longevity, she said "I guess that's something, but it doesn't buy me anything." She remained in relatively good health until suffering a fall three weeks prior to her death, after which she became bedridden. Her daughter said she maintained a craving for sweets until a few weeks before her death.

Skeete outlived two of her three children and the other became a centenarian. After her death, the one surviving daughter described Skeete as "feisty", and said she always insisted on trying to walk with her walker, even after the last, most serious fall. Her daughter added "She went camping with us when she was 75 - you'd have thought she was about 40." 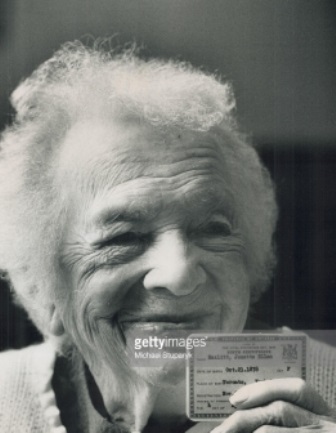 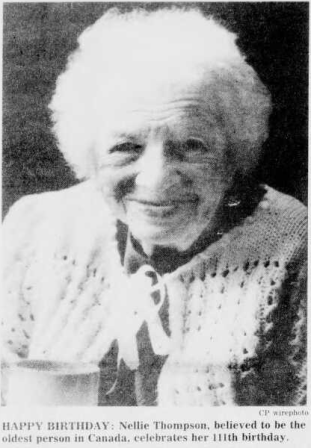 The first photo is courtesy of Getty Images. 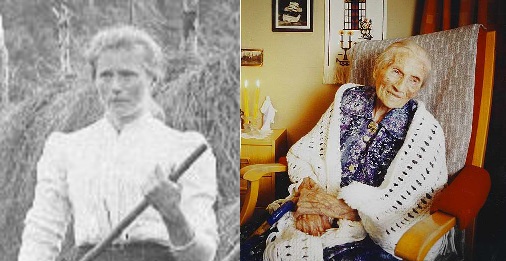 Kristianna Ullaland was born in Vestlandet, Norway on December 2, 1878 and died in the same province on January 26, 1989 at the age of 110 years, 55 days. At the time of her death, she was the oldest person ever from Vestlandet. Her Vestlandet longevity record was broken by Laura Svehaug in 1997.