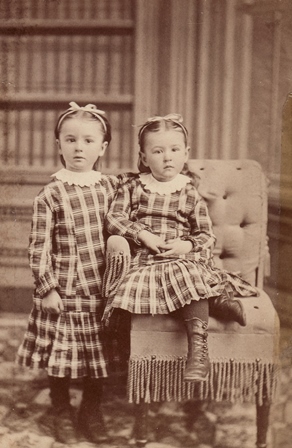 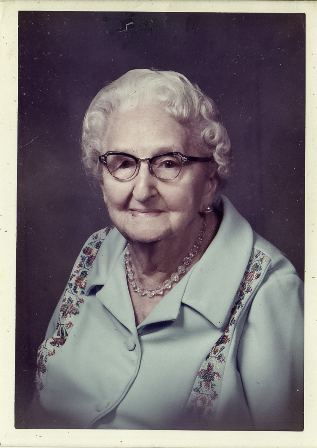 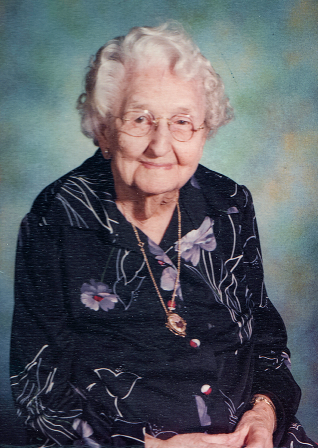 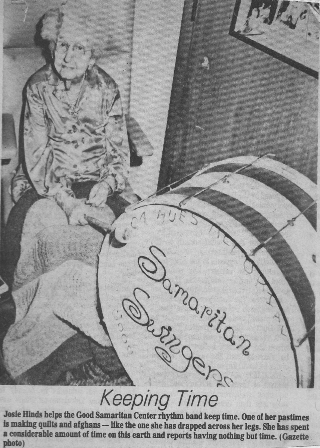 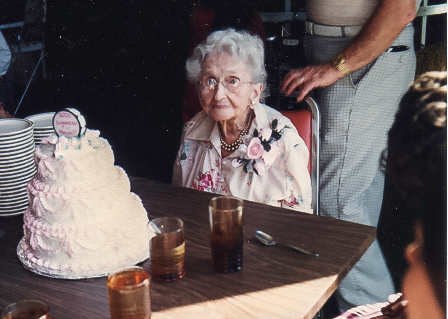 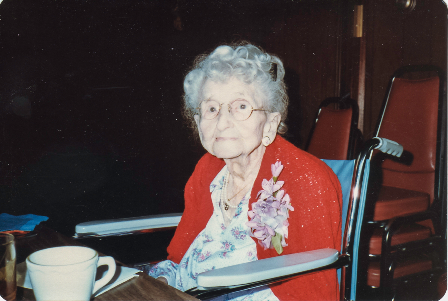 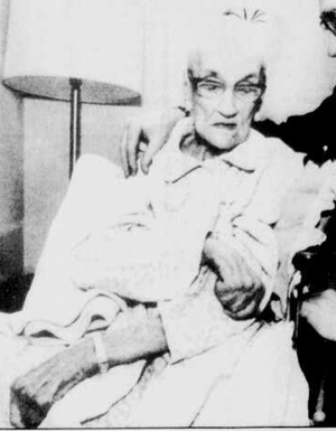 Mamie Eva Keith was born in Anna, Illinois, United States on March 22, 1873 and died in Libertyville, Illinois, United States on September 20, 1986 at the age of 113 years, 182 days. At the time, Keith was thought to have succeeded the now disputed Shigechiyo Izumi as the World's Oldest Person, and was included in the 1987 edition of the Guinness Book of Records. However, subsequent research validated the claim of Augusta Holtz who was born in August 1871. Keith was therefore the second oldest verified person in the world at the time of her death.

Born as Mamie Eva Walter, her father was a veteran of the American Civil War, where he served under General William T. Sherman. Keith is said to have remembered hearing the news of Custer's Last Stand, a battle fought when she was three years old. She graduated from high school in 1890 and then taught in elementary school for 13 years until her marriage to Charles T. Keith in 1903. The marriage produced two children, one of which predeceased her. Keith moved to Libertyville in 1936 after the death of her husband, a teacher and farmer.

Keith was in a semi-conscious state for several years prior to her death. In May 1985, aged 112, she suffered a minor stroke and her condition worsened. In February 1986, aged just under 113, her grandson Frank Underbrink said "She sleeps most of the time... If Mamie is the oldest person in the world, she will not be able to be aware of it."

Her son Neely Keith said "Apparently, my mother has had a wonderful body and has taken good care of it. She always worked hard, and I can assure you there has never been one drop of alcohol to touch her mouth." Her grandson added "Mamie was a wonderful cook and a good grandmother. She loved to read and to talk about history. Being from the Bible Belt, she never touched alcohol and she never smoked and she went to church regularly." 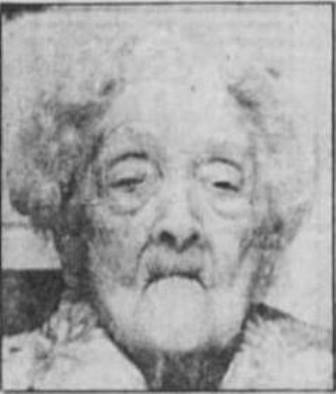 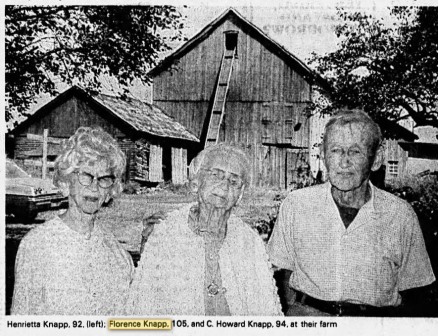 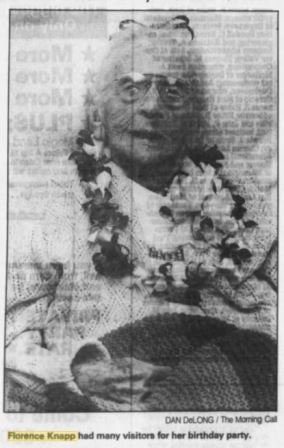 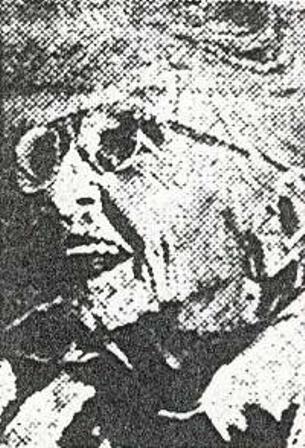 Florence Knapp was born in Lansdale, Pennsylvania, United States on October 10, 1873 and died in the same state on January 11, 1988 at the age of 114 years, 93 days. On February 2, 1987, she became the oldest living person in America, following the death of Mary McKinney. On December 27, 1987, she became the oldest verified living person in the world, following the death of Anna Eliza Williams. At the time of her death, she was the oldest person ever from Pennsylvania. Her Pennsylvania longevity record was broken by Sarah Knauss in 1994.

Knapp received a teaching certificate after graduating from West Chester Normal School and College in 1884. She taught at elementary school for more than four decades from 1894 until her retirement in 1935. A suffragette, she marched down Philadelphia's Broad Street in 1919 in support of female emancipation. During her retirement, she was active in community affairs, researching and writing papers for the Montgomery County Historical Society. Knapp lived the first 110 years of her life at the stone farmhouse in which she was born. She then moved to a nursing home after breaking a hip. In October 1987, she was honoured by the Pennsylvania legislature after being recognized by Guinness as the oldest person in the United States.

A niece described Knapp as "active and independent. She was pretty fiesty at times. She had a sense of humor. . . . When she talked about the suffragette movement, she would say that it was a great victory for women. She was a staunch Democrat - a democratic woman who voted every election until she was 105 or 106." Knapp heralded from a long-lived family - one of her sisters reached the age of 108. 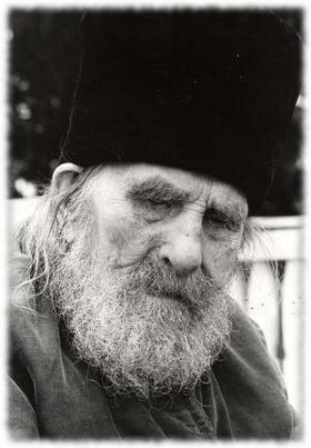 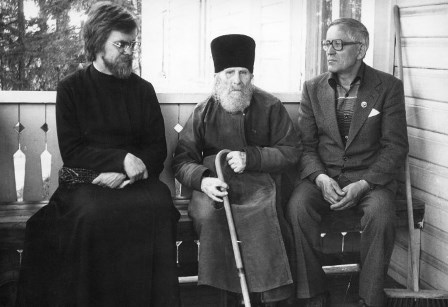 Andrei Kuznetsoff was born in Russia on October 17, 1873 and died in Finland on January 31, 1984 at the age of 110 years, 106 days. He remains the only verified Russian supercentenarian. 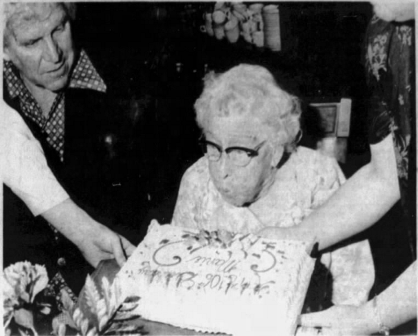 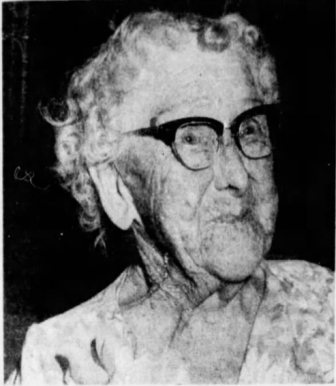 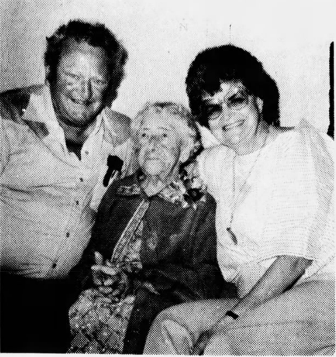 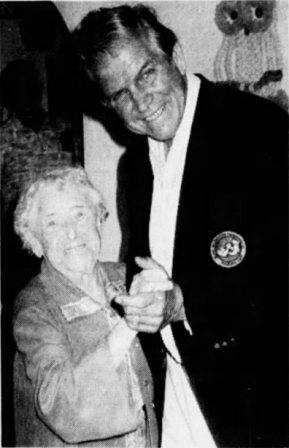 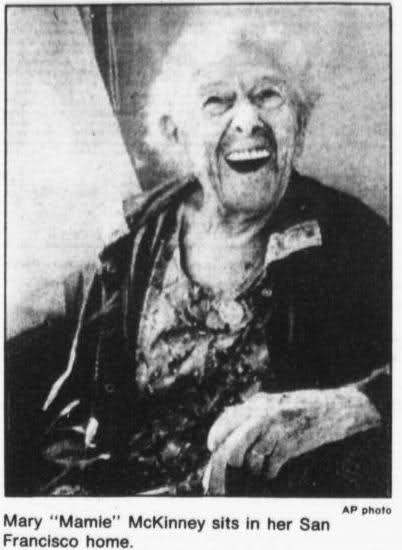 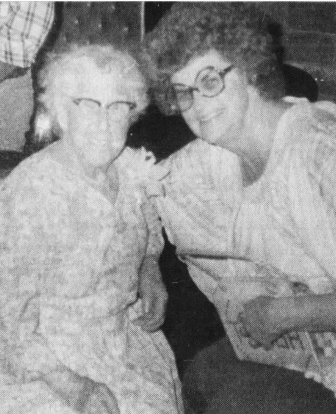 Born as Mary Elizabeth Wallace, she married James McKinney. Her husband passed away in 1946. In her final years, McKinney loved telling stories of growing up in Oakland in the 1870s, dancing in the theatre there, and fleeing to San Francisco's Twin Peaks after the 1906 earthquake. At the age of 112, she was nearly blind and deaf, but mentally alert enough to talk with lucidity. 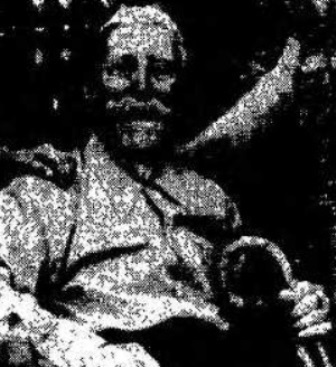 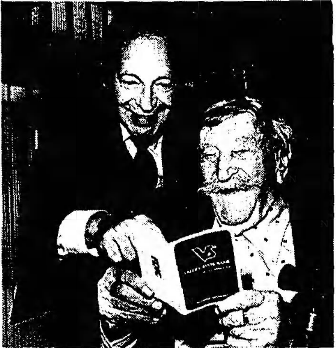 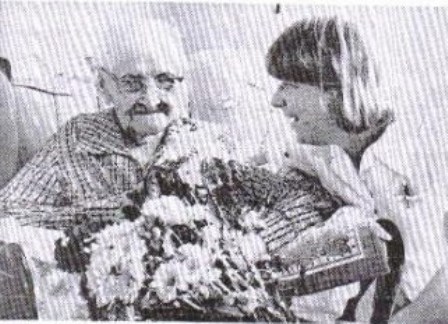 Born as Anna Eliza Davies, she worked as a domestic cook after leaving school. In 1906, she married William Henry Williams, a carpenter. They moved to Swansea shortly after the marriage and had one daughter, Connie. In 1911, she was a patient at the Glamorgan County Lunatic Asylum. Her husband died in 1954. Williams only drank alcohol on her birthdays, never smoked and did not take any pills or medicines.

On her 113th birthday, Norris McWhirter visited Williams at the Tuxedo Old People's Home, where she was living at the time. On her 114th birthday, McWhirter paid Williams another visit, bringing her a spray of flowers and birthday card. She celebrated her 114th birthday with a slice of cake and her annual glass of sherry. At the time, she was described by reporters as "frail and unable to talk at length but otherwise in good health." Staff at her nursing home added "She's not one for great excitement. She just takes everything quietly."

Williams attributed her longevity to "a life of idleness", in addition to "being a non-smoker and eating lots of vegetables". Her family enjoyed a history of longevity: her mother lived to be 98, all seven of her siblings lived beyond the age of 80, one surviving to 101. Furthermore, her daughter Constance Harvey lived to age 107. Constance Harvey attributed her mother's longevity to a calm temperament and a hearty appetite for plain food including plenty of green vegetables.