Supercentenarians by Year of Birth 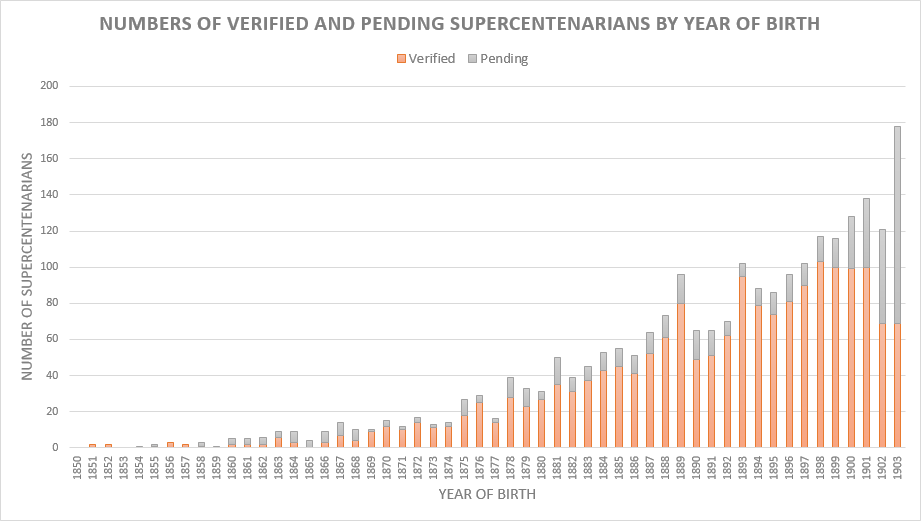 Pending cases consist of cases from all decades. Due to digitisation of newspaper records and genealogical records, many previously unknown supercentenarians are still being discovered. Therefore, the data is still a work in progress, especially for more recent years. As you can see from the graph, new supercentenarians are still being identified from the 1850s and 1860s cohorts.

A large proportion of pending cases are from more recent years, such as 1903. This is due to the time taken to review cases and that cases are generally reviewed in the order they were submitted. 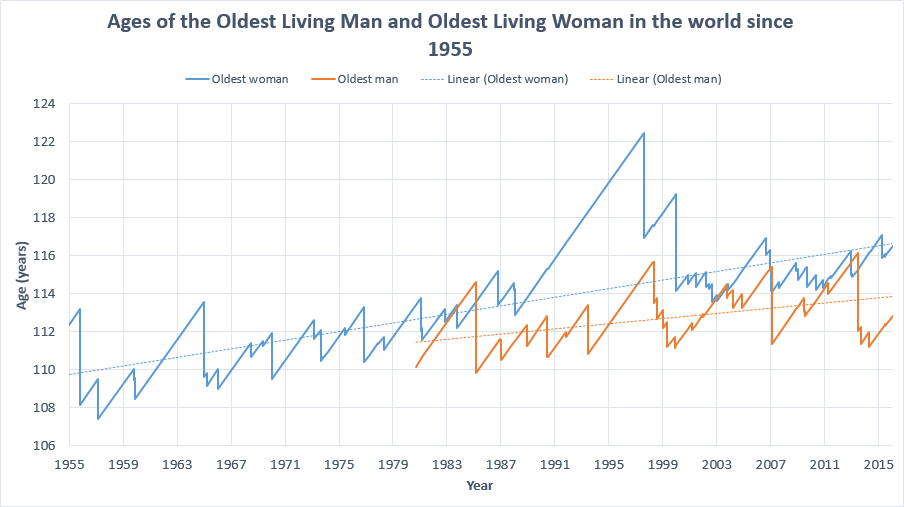 During the 1990s, the age of the oldest woman was unusually high due to the exceptional lifespans of Jeanne Calment (died aged 122 in 1997), Marie-Louise Meilleur (died aged 117 in 1998), and Sarah Knauss (died aged 119 in 1999). At the time, it was thought that these ages could become more commonplace. However it is more likely that they are statistical outliers with none of these ages being surpassed after 2000.

Similarly, the age of the World's Oldest Living Man has increased slightly. Only 10 verified male supercentenarians are known to have existed before 1980. During the 1980s, it was more typical for the oldest man to be aged 110-112, whereas in recent years this is now closer to 112-114. 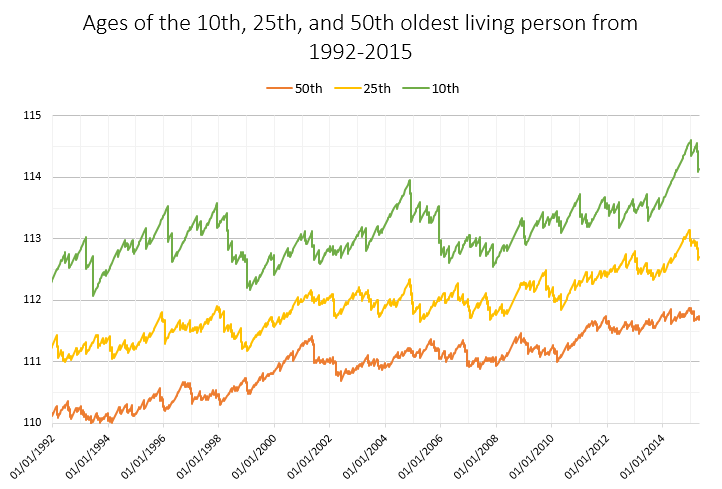 Large gaps between ranks suggest a degree of unsustainability. As was observed in late 2004, the 10th oldest living person was more than one and a half years older than the 25th oldest living person. Large gaps in age between ranks mean that the age of a particular rank will drop more rapidly in the event of a death. Consequently during 2006, the age gap between the 10th and 25th ranks had contracted to almost 6 months.

Lower ranks have seen the most rapid increases in age. This may in part be due to the 1990s producing an exceptional number of extremely old supercentenarians. While the 1990s maintained fewer supercentenarians per year than the 2010s, the 1990s had a considerable number of outliers. As of July 2016, only five people have been verified to have lived to 117 years, and four of these died in the 1990s.