Oldest Woman in the World is a Picture of Good Health 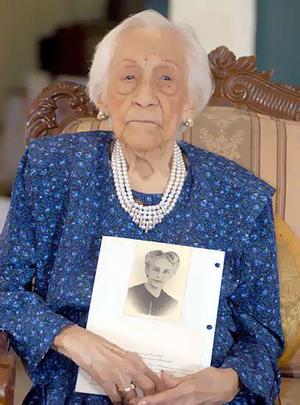 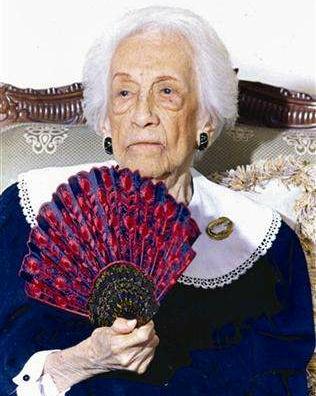 Upon his return from ECUADOR, Robert Young provided us with the two photos below. 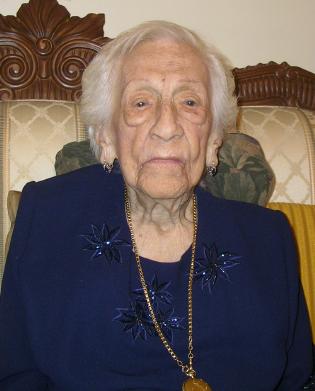 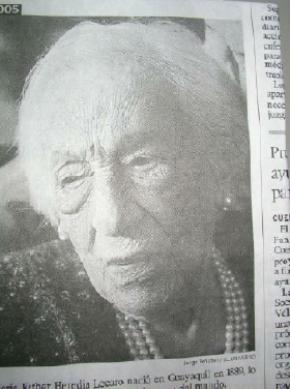 "We hadn't heard of her before. She's in very good health, she's got good eye sight, is able to read the papers and watch television and doesn't walk with a cane." Sra. Capovilla was born in Guayaquil, a port city on the Pacific Coast of Western Ecuador, on September 14, 1889, and lives there with her Daughter-in-law and her Son.

She had five Children and has four Grandchildren, nine Great-Grandchildren and two Great- Great-Grandchildren. One of her Granddaughters currently lives in Miami, FL. Her husband passed away in 1949. Ms. White said Sra. Capovilla had been asked what she thought about the changes she had seen over her life. She said she "disliked the fact that presently it's acceptable for women to pursue men." And she said that "every day she thanks God that she's alive." As a girl at the turn of the century, one of Mrs Capovilla's favorite pastimes was going to parties, but she never drank alcohol. At the time, it was the custom for women to "just touch the rim of the glass with their lips without drinking, as a sign of accepting hospitality," her family said.

Elizabeth Bolden, from Memphis, TN, born August 15, 1890, had previously been regarded as the oldest living person.