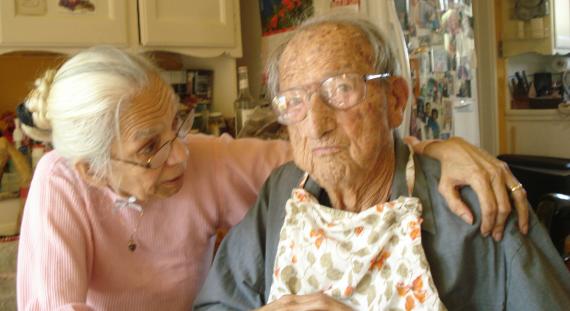 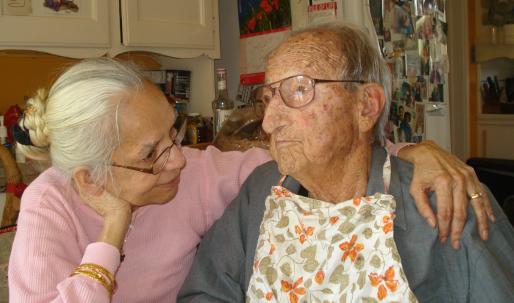 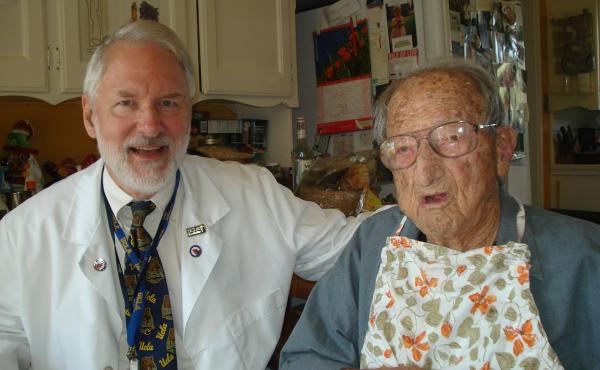 March 26, 2010; Mr. Milan Herzog, 101, was born in Zagreb, CROATIA (was YUGOSLAVIA and before that the Austro-Hungarian Empire) on August 23, 1908. He earned graduate degrees in International Law and Journalism from the Sorbonne in Paris, FRANCE. He served as a film Producer/Director for the Educational Film Division of Encyclopedia Britannica. His wife Shanta was a Director for the Children's Film Society of India.

April 20, 2010; We are sad to report that Mr. Herzog passed away this evening at 6:30 PM PDT at age 101 of a cardiac condition and kidney failure. An autopsy will be performed.

April 22, 2010; An autopsy was performed yesterday. The results will be available in a few weeks. A brief death announcement was reported in The Los Angeles Times today (p. AA7). 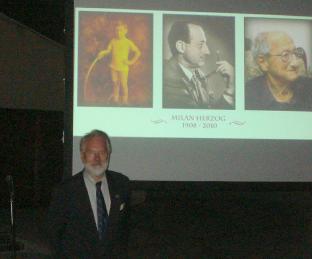 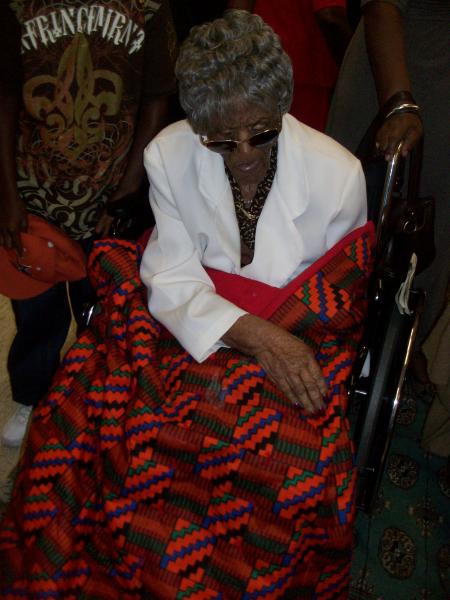 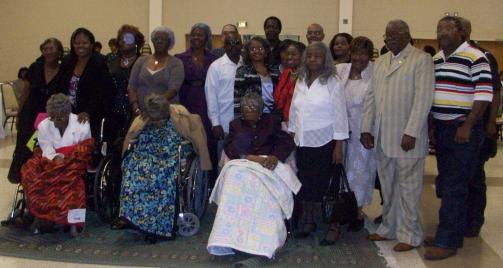 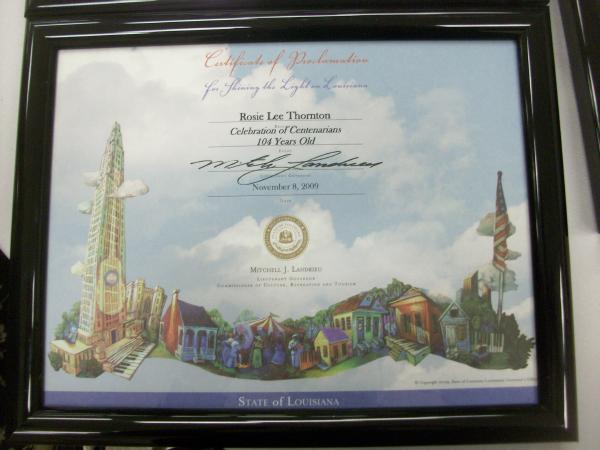 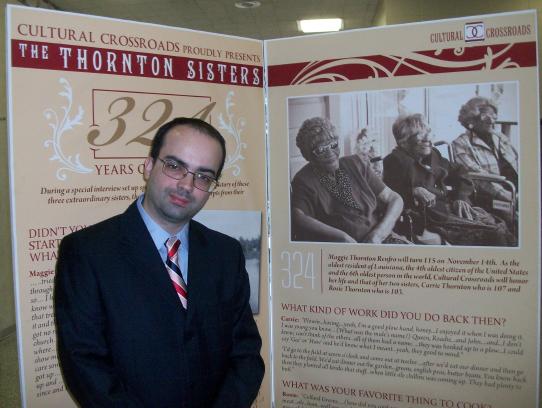 December 20, 2009; The unusual coincidence of three living centenarian siblings, one of whom is a Supercentenarian, is most worthy of comment. 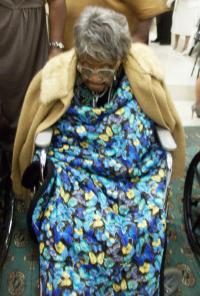 January 6, 2010; We are sad to report that the middle sister above, Carrie (Thornton) Miller, passed away yesterday, January 5th at age 107, leaving only the eldest sister still living.

Norwegians Were the World's Oldest Married Couple in 2007 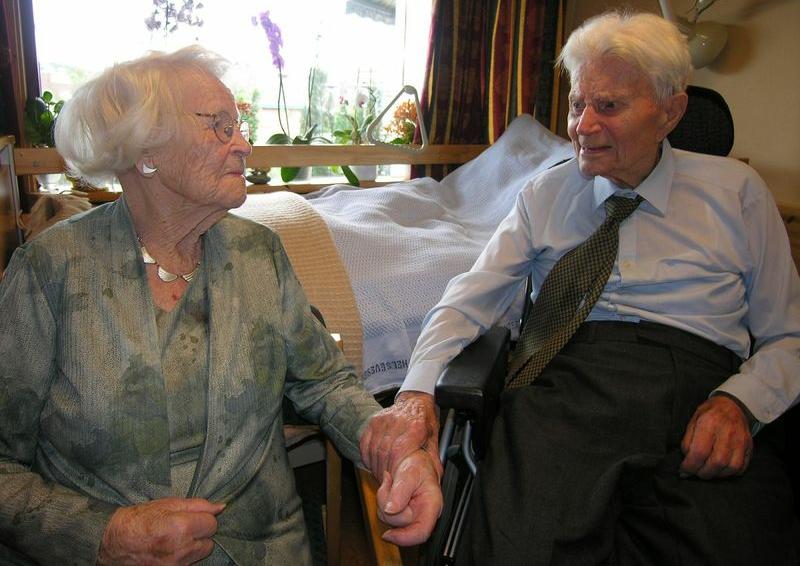 Norwegians Were also the World's Oldest Married Couple in 2004 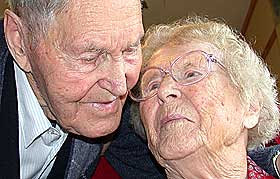 Click on the photo for more details, if you can read Norwegian. 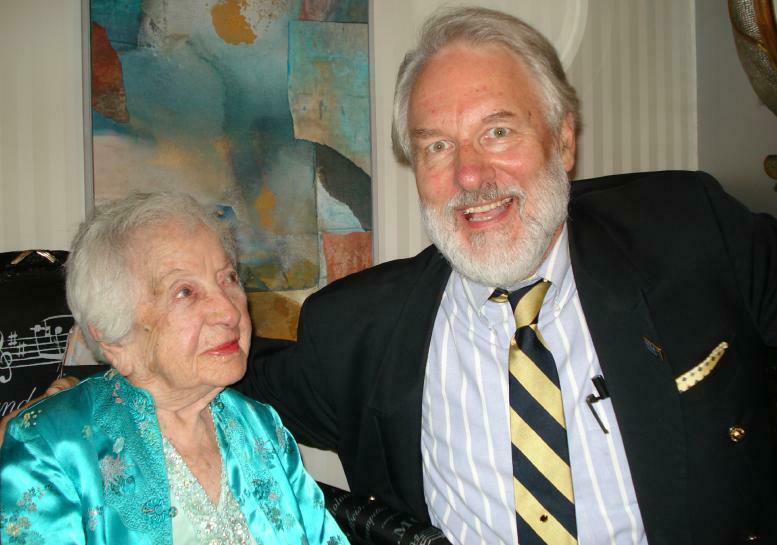 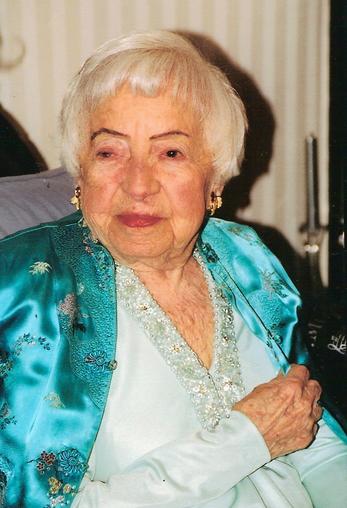 Mrs. Sally Gappell of Westwood, CA, two weeks shy of her 108th birthday, attended the home of her daughter, Millicent, for a piano recital along with former California Governor Pete Wilson and his wife. 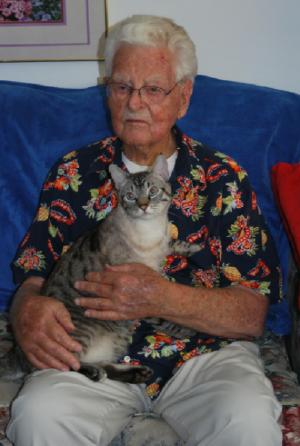 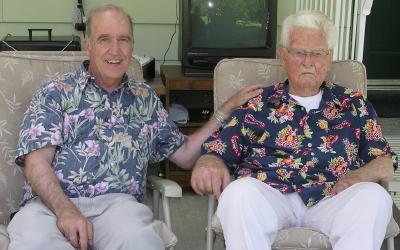 July 28, 2009; Mr. John Babcock of Spokane, WA is a Veteran of WW-I who turned 109 last week on July 23rd. In the second photo he is with Col. Robert Johnson who focuses specifically on veterans. 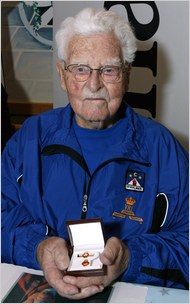 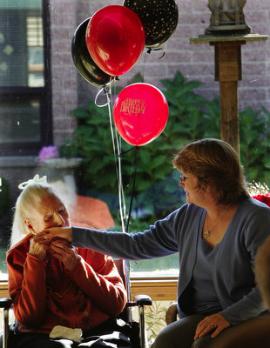 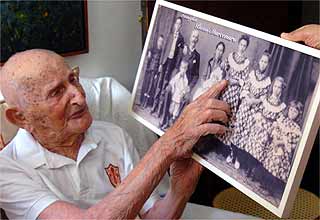 March 18, 2010; Mr. Lourenço Bossi was born on June 10, 1902 in Brazil and lives in Belo Horizonte, Minas Gerais; BRAZIL Click on his photo for more details, if you read Portuguese.

November 4, 2010; Our International Correspondent from Brazil Prof. Cassio M. Turra, Departamento de Demografia/Cedeplar; Universidade Federal de Minas Gerais of Belo Horizonte, has just informed us that Mr. Bossi passed away in May or June of this year shortly before his 109th birthday. 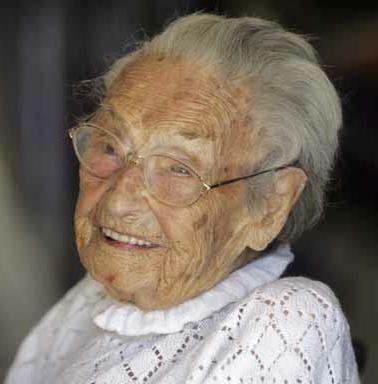 May 13, 2010; Mrs. Lee Skiff of North Hollywood, California celebrated her 108th birthday. Click on the photo for more details from today's Daily News. 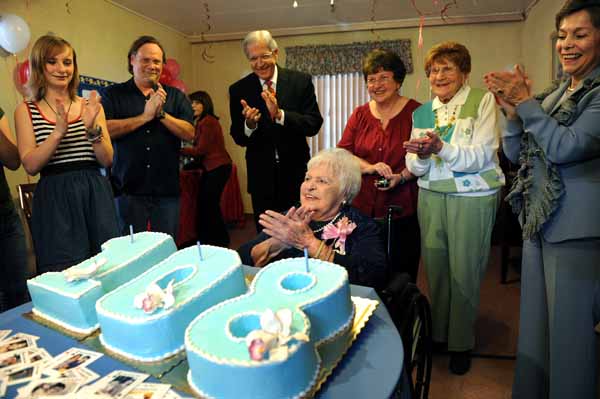 January 31, 2011; Florence Tuckman and family celebrates her 108th Birthday in Glendale, CA. Click on her photo for more details from The Los Angeles Daily News. 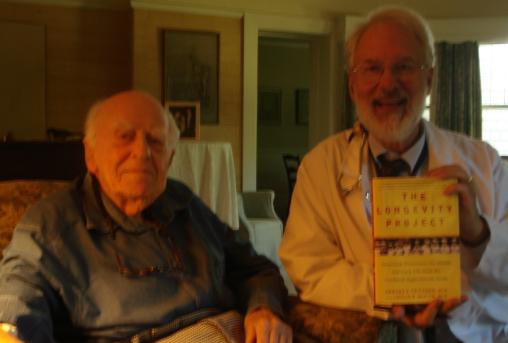 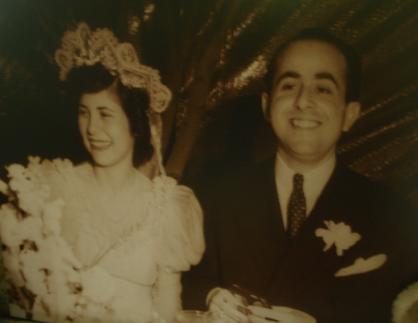 Prof. Engleman is a practicing rheumatologist at UC San Francisco School of Medicine; he still sees patients! His wedding took place in 1941.

Engleman's List of Top Ten Rules for Longevity are as follows:

1. Chose your parents wisely; longevity is inherited;
2. Get married;
3. Children are optional;
4. Never retire;
5. Eat whatever you please;
6. Strenuous exercise is overrated;
7. Supplements are overrated (unless you have a poor diet for some reason);
8. Avoid doctors whenever possible;
9. Avoid falls; and
10. Keep on breathing. 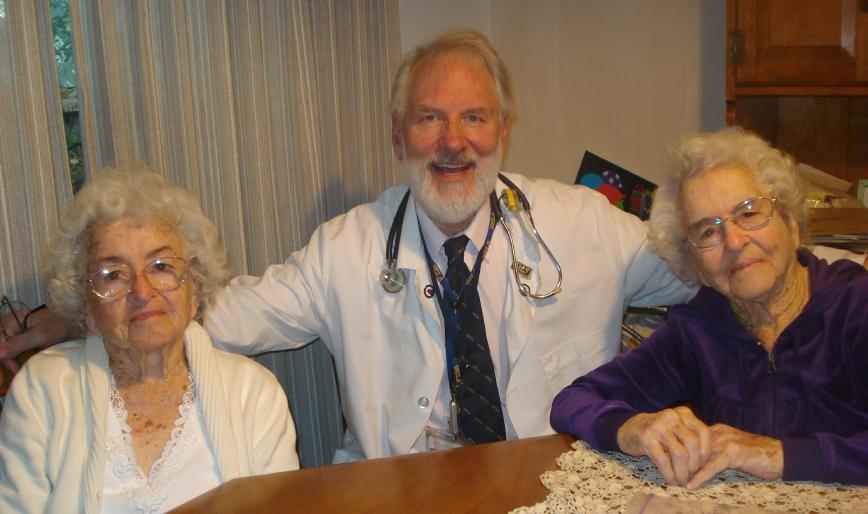 March 2, 2012; 5:00 PM PST; A pair of identical twins, (Grace) Venice [accent on the second syllable, not as in the Italian city which has the accent on the first syllable] Hesser Shaw and Inez Elizabeth Hesser Harries both born January 15, 1911, as well as Daughter Bonnie Shaw provided a sample of their saliva for a UCLA study of "Epigenetic Drift" with Chronological Age.

Thursday, March 22, 2012; 10:00 AM PDT; The saliva samples were processed at UCLA by Dr. Ruth Baxter according to the OraGene DNA-Genotek Laboratory Protocol with centrifugation and DNA precipitation; however, the full analysis of differences in DNA methylation profiles between the twins will probably take another month or so with several more protocols needed.

[January 15, 1911 - February 25, 2014] Inez Harries, 103, of Sylmar, CA, went to be with the Lord Tuesday, February 25th, 2014 with her family by her side. She was born on January 15, 1911 in Pasadena, CA to William and Anna Hesser. Inez was a lifelong active member of First United Methodist Church in San Fernando, CA. As a youth she enjoyed visiting the citrus groves that her Father managed in the San Fernando Valley. She worked at Lockheed on planes for 27 years. She was also a member of a mission outreach Friendship Club through her church. She enjoyed creating stained glass and ceramics artworks as a hobby. She spent many enjoyable vacations camping with her friends and family. She raised four children and is survived by her twin sister Venice Shaw, two Sons Richard Casper and Charles Casper, her step-daughter Jeannette Lively, her Daughter-in-Law Virginia Casper, her Niece Bonnie Bartlett and many beloved grandchildren and great-grandchildren. A grave-side service will be held on Saturday, March 1st at Oakwood Memorial Park at 1:00 PM. A memorial service will be held on Sunday, March 2nd at First United Methodist Church in San Fernando at 3:00 PM.
Published in the Los Angeles Times from [February 28 - March 1, 2014] 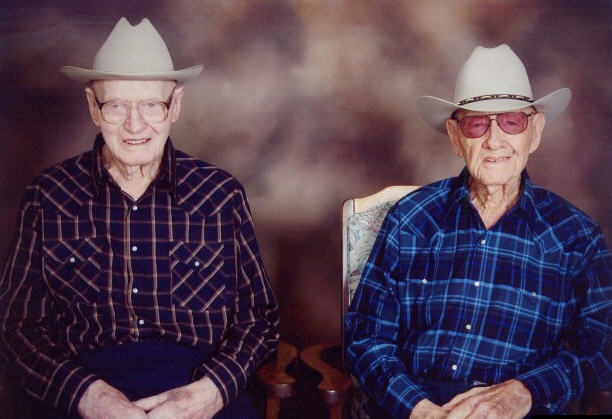 July 5, 2012; A pair of identical male twins, Vern (L) and Tom (R) McDonnell of Philip, SD, born May 15, 1911, will provide a sample of their saliva for a UCLA study of "Epigenetic Drift" with Chronological Age. The retired farmers from Quinn are considered the oldest living male twins in the world. Click on their photo above for more details from The Rapid City Journal. 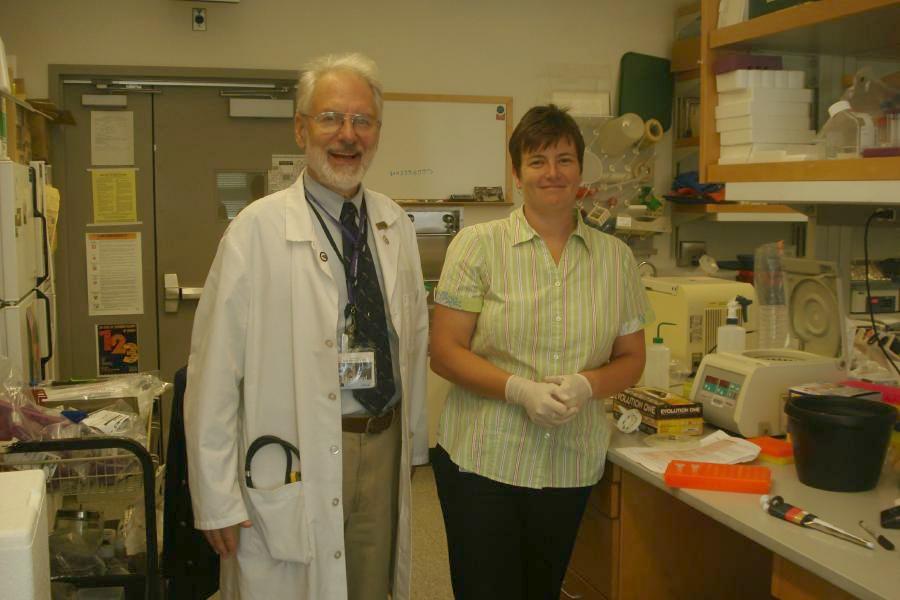 August 1, 2012; Dr. Ruth Baxter prepares the male twin samples for DNA extraction. The small sample tubes for centrifuagation are in the orange plastic carrier on the table in the lower right- hand corner of the photo. 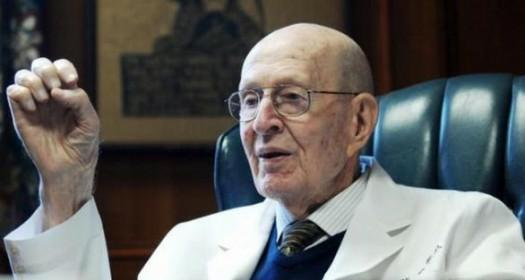 October 25, 2012; Dr. Watson of Augusta, GA was the oldest US physician in practice. Click on his photo for more details from the Aiken Journal.

This is the last of the GRG Files containing photos Centenarian Record Holders.